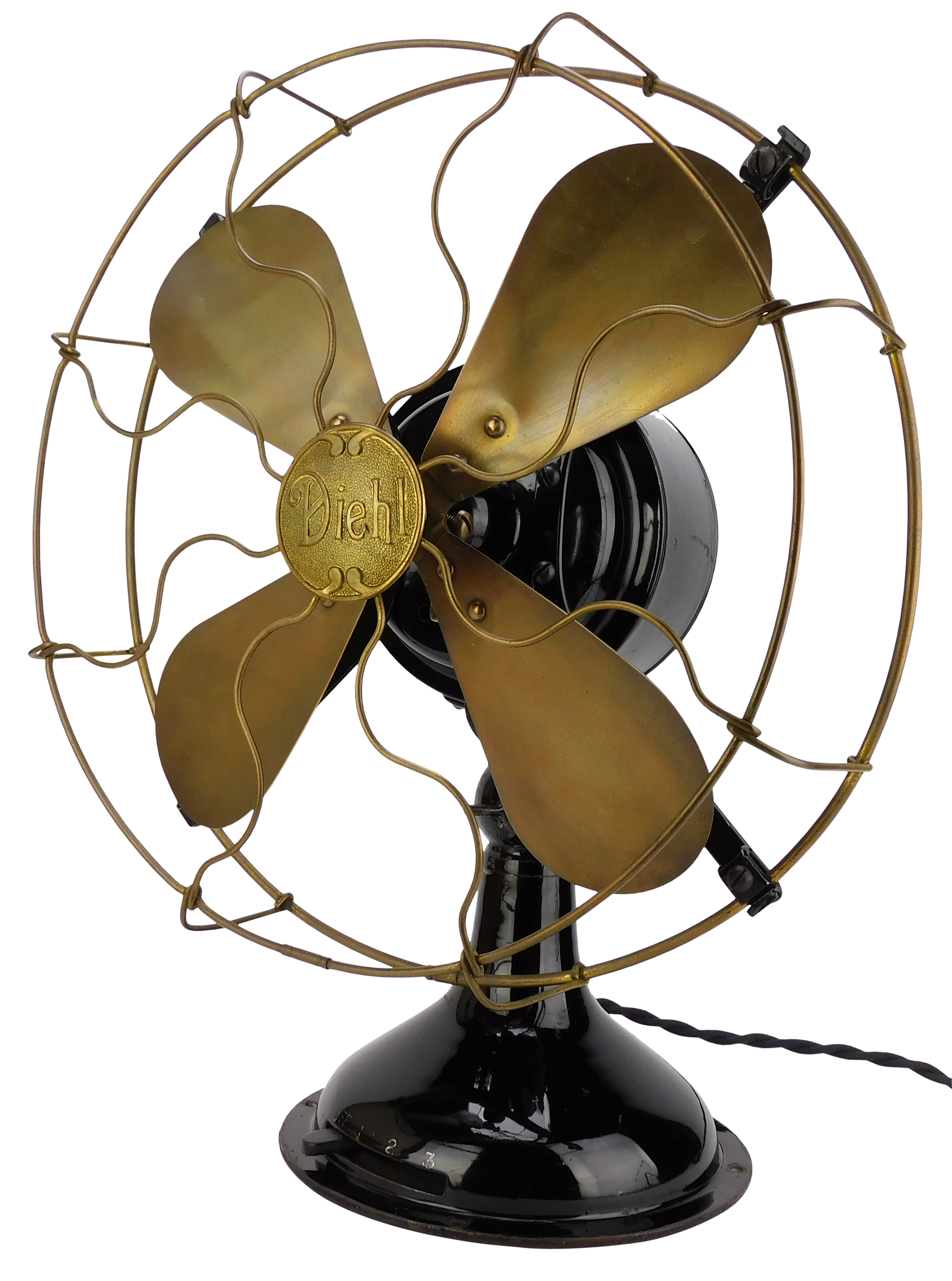 Circa 1915 12" Diehl "Transitional" Model Cast Iron Stamped Steel Desk Fan. This example was part of a collection from the New England area for which we have been offering contents of throughout the year.  Examples in that collection were found in the New England states mostly during the 70's and 80's.  When fans came to market during that time period, they were very fresh and most likely from the home for which they were purchased at the turn of the century.  New England has a short period of time each year requiring the use of fans and therefor produced some wonderful survivors for the collector community roughly 100 years later.  This is a prime example of that "survivor New England Area Fan"!  I use the term "Transitional" for this design because the internal motor is a cast iron frame wrapped in drawn or pressed steel covers.  Original finish is in amazing condition with minimal chipping.  Brass has a very nice patina,  we only removed the dirt from its surface.  Fan operates excellent on 3 distinct speeds.  We have cleaned and serviced the motor for dependable operation and updated the head wire and power cord for safety.  An Excellent Example Of A Rarely Seen Fan. 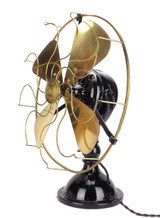 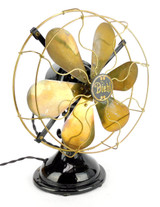 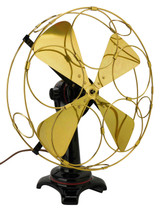 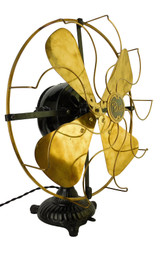