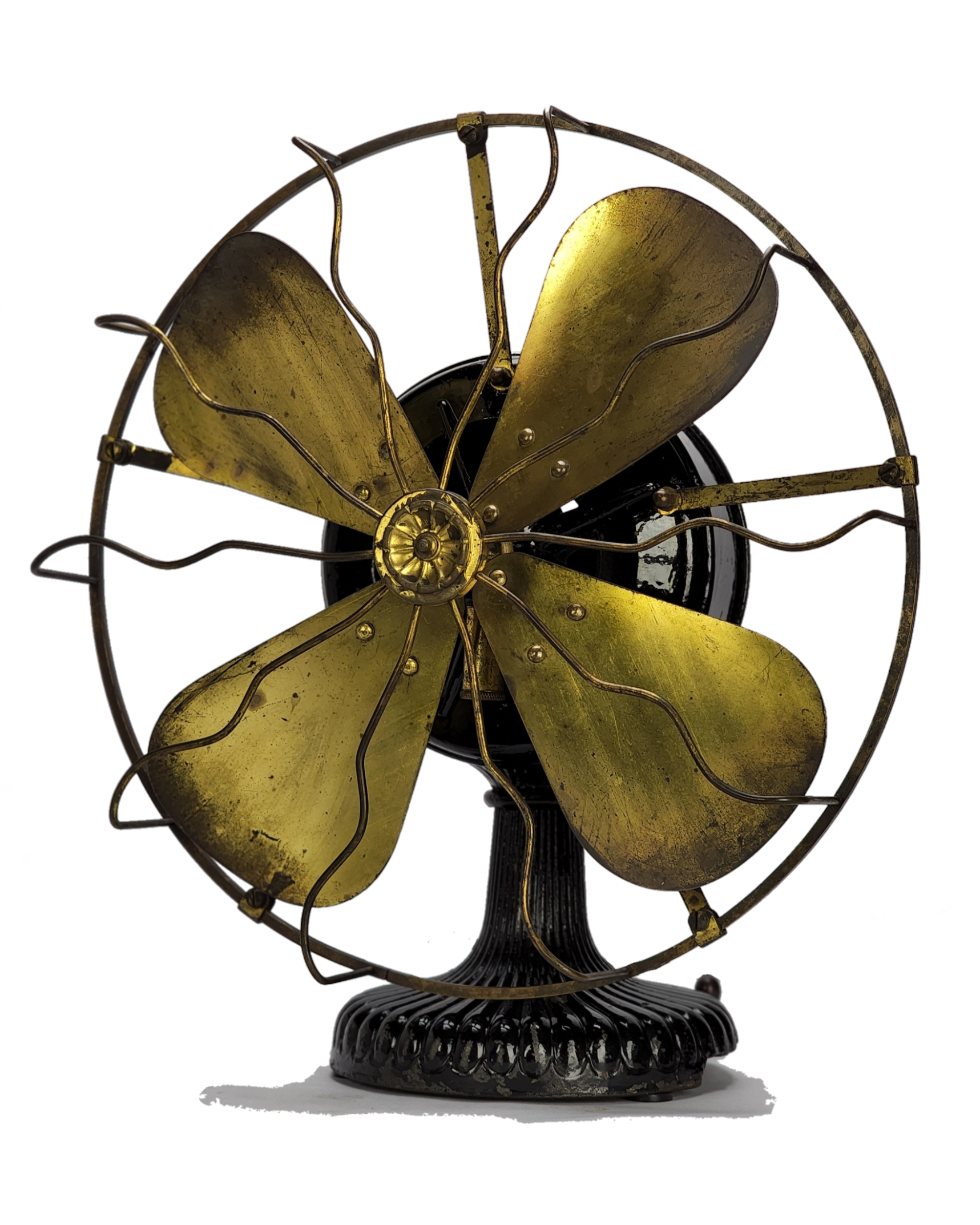 Circa  1900 All Original Westinghouse Tesla Ornate Base 133 Cycle Fan. It Is Very Rare To Know As Much History As Was Provided With This Fan. The Fan Has Been Part Of A Wonderful New England Area Collection Since Being Acquired In 1997. The Fan Was Acquired From Owls Head Transportation Museums Technology Auction On June 22nd 1997. The collector and his brother in-law traveled to the Owls Head Auction in 1997, he talked about it like it was yesterday.   The memories and impressions that auction left on this collector have lasted through the years.  Looking at the object and its history. I feel this fan has a very rich provenance, its historical motor patent significance,  history of the skilled hands that have touched it along the way helping to maintain its operation, and its documented years of ownership.  Today this fan is better than the day it sold at Owls Head!!  Not noted in the catalog, the collector had issues with the fans stator upon purchase.  He contacted Sydney Lamb of Plano Texas.  For those of you that have been in and around the fan collecting community for several years you may have heard, Sydney left an iconic mark in this hobby with his motor reminds.  On high this motor pulls just a tad over 1 amp which I have heard is virtually unknown for this Tesla design.   I feel this is attributed to the expert hands of Sydney Lamb, the artist.  The ability to trace its history dating back to Owls Head 1997 (and possibly further, I'm working to learn more)!  Wow!!  It is rare to have the ability to trace a fans exact ownership roots back this far.  He recalled that when the fan was shipped back from Sydney the switch split and was sent to another guy for repair...couldn't remember his name.  I said Paul Graves and he said yea that's the guy.  Paul and his amazing skilled hands put this switch back together and if it weren't for the clear (epoxy?) that oozed out of the joint you wouldn't tell it.  Another collector provided a switch diagram for rewiring the switch, it was for the earlier design and configuration.  When I acquired it, it was pulling over 2 amps and only operating on 1 speed.  After figuring out the wiring contact combination, the fan runs perfectly.

The Finish On All Components Is Completely Original. Cage Is In Amazing Condition With Beautiful Original Patina And No Damage Or Repairs. Blade Is Absolutely Beautiful!! All Original Patina Has Remained And No Signs Of Cleaning Or Polishing. When Removed We Did Note Some Minor Looseness Of The Blade Hub. This Has No Effect On The Fan When In Operation. Motor Is Rated For Operation On 133 Cycles, This Can Be Achieved By Operating On 50% Of Stated Voltage. Operation Is On 2 Speed, First Being Low And Second Being High. The Fan Like To Start On High And Then Back Down To Low If That Is The Desired Speed. Very Excited To Offer Such A Beautiful Example And The History That Comes With It.
Share this

Out of stock, please contact us at [email protected] for availability.

$65.00
Out of stock, please contact us at [email protected] for availability.

$5.00
Out of stock, please contact us at [email protected] for availability. 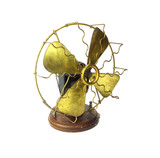