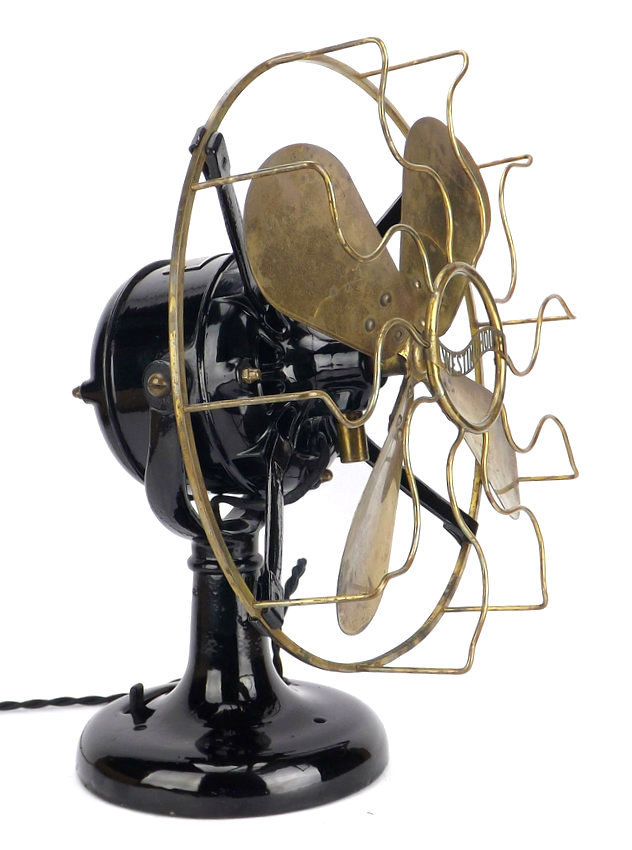 1905/06 Beautiful all Original 12" Westinghouse "Tank Motor" Desk Fan.  This fan became a staple desk fan model for Westinghouse when introduced in 1905.  I put this as a late 1905 or early 1906 version.  This fan features an amazing all original finish, all that has been done to this fan since we found it was a good cleaning and several coats of wax.  This example features the highly sought after "smooth" yoke.  The cage has a solid center ring, riveted motor tag has patent dates of 1889 and 1893 and a voltage of 104.  The only small issue I have been able to find is 1 missing rivet head on 2 separate blade wings.  These in no way have any effect on how the fan operates.  The fan operates on 2 speeds via the original switch in the base.  We have had only a few of the 1905 examples and for whatever they seem to run a tad louder than the later tank motor examples.  This one has been cleaned inside and out and has run here in the shop for hours without issues.  Examples in this condition are  getting more difficult to find and we enjoy being able to provide such a great fan. 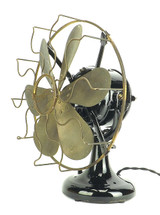 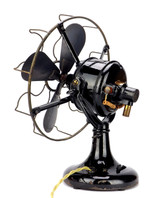 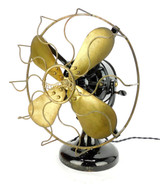 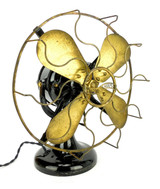