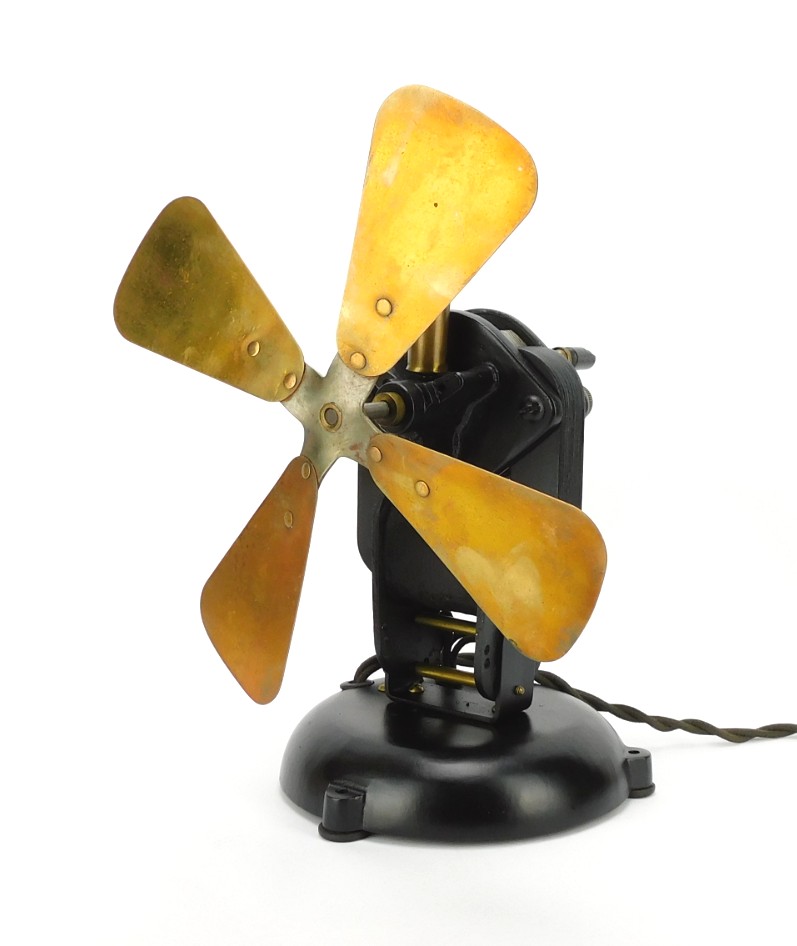 1910 G.S. Tiffany Designed Bipolar Fan Manufactured By Grey Electric Co. NY. A Copy Of The Original Patent Can Be Seen In The Photos.

Be it known that I, GEORGE S. TIFFANY, a citizen of the United States, residing at Summit, county of Sussex, and State of New Jersey, have invented certain new and useful Improvements in Electric Fans and Motors Therefor and for other Purposes, fully described and represented in the following specification and the accompanying drawings, forming a part of the same.

This invention relates, to improvements in electric motors for operating fans and for other purposes; the principal object of the present improvements being to provide a motor which is self starting on the closing of the circuit including it; in which the speed may be varied at will, economically, with respect to the consumption of current; and in which sparking at the brush contacts will be effectively eliminated.

This Is A Very Rare Fan With Very Few Remaining Examples. This Example Has Had A Mild Restoration And Is Finished In Flat Black. The Brass Has Been Cleaned And Has A Nice Clean Apperance. The Blade Threads Onto The Shaft, A Unique Feature. Very Unique And Rare Fan! 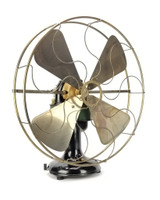 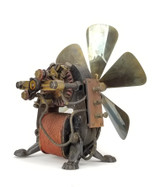 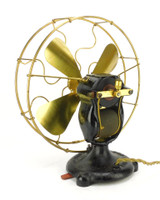 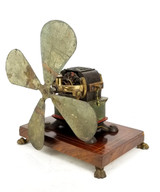