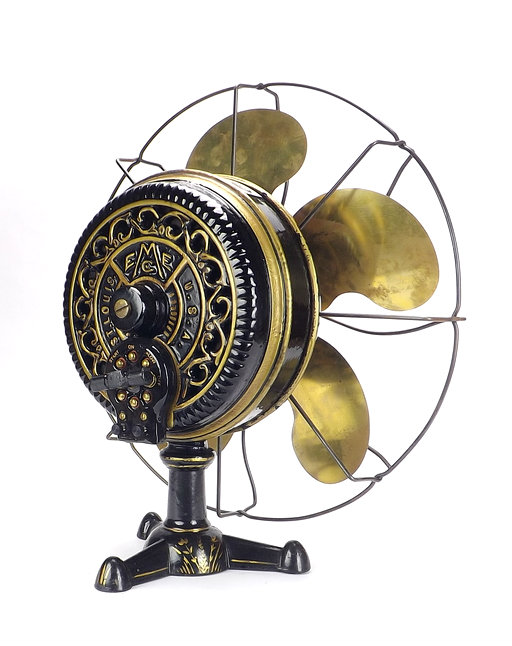 1898 Emerson Tripod Desk Fan.  This fan was found by Paul Graves in an old store in Texas in 1993.  Paul recalls that it took him 3 months to acquire the fan which at that time was missing the blade and cage.  Paul had never seen an Emerson Tripod in person at that point so the exact blade and guard were a mystery except from original advertising images.  Paul created from the best of his knowledge in 1993 a conversion hub and 5 wing blade assembly.  He sold the fan many years ago and recently I walked into his fan shop with it, he was shocked.  He also recalled the paint was very rough so he sent it to Dave Teti master Edison Fan restorer who did this wonderful restoration.  Later in its life it was paired up with a Paul Graves Original Specification 5 Wing Blade and Steel Guard. The fan is a beautiful restored example and has a great story to go along with it.  The motor is 133 cycles and unless you have a frequency generator, this can safely be run using a variac at half the specified voltage.   A beautiful example for Emerson History. 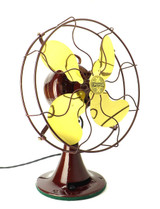 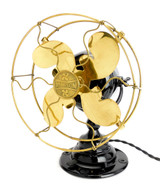 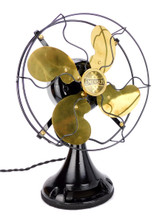 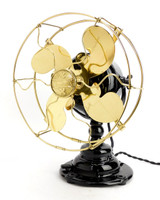